To share your memory on the wall of Peter Stampone, sign in using one of the following options:

Receive notifications about information and event scheduling for Peter

We encourage you to share your most beloved memories of Peter here, so that the family and other loved ones can always see it. You can upload cherished photographs, or share your favorite stories, and can even comment on those shared by others.

Tom, Linda and Dylan Bogar and Eileen and Lonnie Folks sent flowers to the family of Peter F. Stampone.
Show you care by sending flowers

Posted Jun 21, 2019 at 09:24am
As you grieve know that we are remembering you and honoring the memory of "Peter Stampone".

Posted Jun 20, 2019 at 04:26pm
With fondest memories of a person who never met a stranger. Thanks for a life well lived and for the loving embrace that became your trademark.

Posted Jun 20, 2019 at 12:09pm
Dear Joan and Family,
I was so saddened to hear of Peter's passing. He sure was a terrific man. He always brightened my day when ever I saw him. I will never forget him serenading me with the harmonica, and bargaining with me. I treasure these memories and smile.
Karla
Comment Share
Share via: 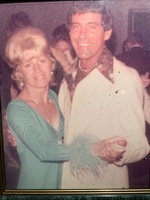 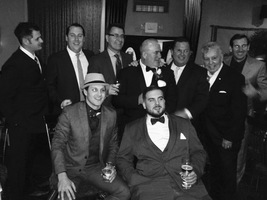