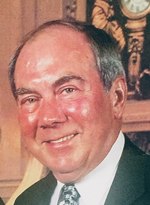 Richard Michael Clancy, age 76, passed away peacefully on March 31, 2020. Devoted husband to Anne (nee Rayer). Loving father to Michael (Lisa), the late Melissa Clancy Boyer, Nancy Burns (Joseph) and Scott Gill (Christine). Beloved grandfather to Megan Burns, Cailin Burns, Scott Gill, Emma Clancy and Lucas Clancy. Brother to Robert Clancy (the late Eileen) and uncle, great uncle, cousin and friend to many.
Rich was born in the Fishtown neighborhood of Philadelphia. He was the son of the late Andrew J. Clancy and his wife the late Jean H. Kuczynski Clancy. Rich attended St. Laurentius Elementary School and he was a 1962 graduate of the Northeast Catholic High School for Boys. After graduating from LaSalle University in 1966 Rich attended Seattle University where he earned a Master of Science mathematics degree.
Rich was a math teacher for over thirty-three years with most of his teaching career at the Philadelphia High School for Girls. After retiring from the School District of Philadelphia, Rich was a math consultant with the Math Science Partnership of Greater Philadelphia. (MSPGP). He also taught at Arcadia University and Philadelphia Community College. In his later years, he enjoyed tutoring mathematics to many students in the Philadelphia and Bucks County areas.
In addition to his love of teaching, Rich most of all enjoyed and loved time spent with his five grandchildren. They put a smile on his face and a twinkle in his eye. Rich was an avid Phillies and Eagles fan and enjoyed annual beach vacations at Sand Key, Florida.
The family wishes to thank the entire team of the Franklin Commons DaVita Center, the staff of the Hypertension - Nephrology Associates and Dr. Charles Bolno and staff for their ongoing excellent care. A future memorial service will be scheduled. Donations in Rich's name may be made to the National Kidney Foundation (www.kidney.org) or the Wounded Warriors Project (www.woundedwarriorproject.org).
www.DiGiacomoFuneralHome.com

All rights reserved. This obituary is also archived at obittree.com