To share your memory on the wall of James Scollon, sign in using one of the following options:

In lieu of flowers, memorial contributions can be made to the American Foundation for Suicide Prevention at AFSP.org
Read Less

Receive notifications about information and event scheduling for James

We encourage you to share your most beloved memories of James here, so that the family and other loved ones can always see it. You can upload cherished photographs, or share your favorite stories, and can even comment on those shared by others.

Plant a Tree in Memory of James
Plant a tree
0 trees have been planted in memory of James J. "Jim" Scollon
JY

Posted Nov 18, 2019 at 12:46am
I graduated from Archbishop Wood with Jim in 1994. My heart goes out to his family, his children, Brynne, and his friends. Although I haven’t been in touch with him for quite some time, I will always remember his kind smile, easy laugh, and fun spirit. Rest In Peace, Jim.
Comment Share
Share via:
LF

Posted Nov 14, 2019 at 06:13pm
In the Fall of 2015 Jim Scollon and Greg Latkowski were instrumental in the purchase and build of our condo. Jim, especially, was involved in all sorts of detail and assistance as during the build we experienced vandalism two different times with broken windows. In every instance Jim was patient, caring and concerned about our welfare.
Once our condo was finished I would run into Jim in the neighborhood and he was always friendly and bright with a smile. If you asked him about his kids he beamed with excitement and joy. When we heard about his death Kathy and I were both devastated.
Steve and Kathy Stegmaier
Comment Share
Share via:
MC

Posted Nov 12, 2019 at 07:15pm
We’re so sorry to hear of Jim’s passing. He helped us buy our home in Mishawaka in 2009. He was extremely kind and helpful. May God grant him, and his family, peace in this difficult time. God bless you, Jim.....you made a difference in our lives.

Posted Nov 12, 2019 at 11:25am
I am very sadden to learn of Jim's passing. I worked with him during the purchase of my villaa at Stonebridge in Indiana. He was always helpful and went out of his way to make sure i was comfortable with my selections. My heart goes out to you his family. Please accept my condolences.
Comment Share
Share via: 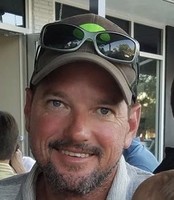 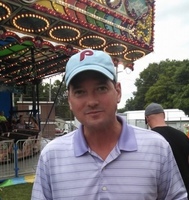 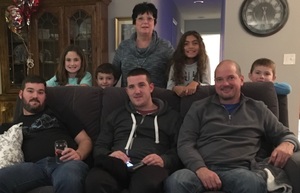 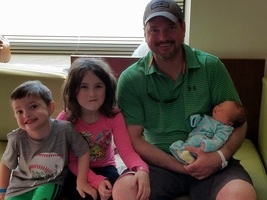