To share your memory on the wall of Glenn Goenner, sign in using one of the following options:

From his daughters:
Dad never felt sorry for himself when he was diagnosed almost 15 years ago with melanoma, he went through multiple surgeries, chemo and radiation therapies and fought incredibly hard and never complained! He lived a long, happy, prosperous, and fulfilling life, but always felt sad for and had a special place in his heart for the young children who would endure the pain he did and some not getting to live the lives they were meant to live. Since the doctors at The Hospital of the University of Pennsylvania where the ones who continued to give him chances at life, his family would like to pass that along to other families. In lieu of flowers, donations may be made to the Children's Hospital of Philadelphia to the Children's Fund in honor of Glenn G. Goenner. Please make checks payable to Children's Hospital of Philadelphia and include dad's name on the memo line or on an enclosed note stating that the gifts are made in Glenn G. Goenner's memory. Gifts may be mailed to Children's Hospital of Philadelphia (CHOP) Foundation, P.O. Box 781352, Philadelphia, PA. 19178. Gifts may also be made via phone at 267-426-5332 or online at www.chop.edu/giving/foundation. (Please indicate "Children's Fund" when donating. The Children's Fund provides essential resources that allow Children's Hospital of Philadelphia (CHOP) to act quickly to seize new opportunities and meet unexpected needs as they arise. A researcher with a discovery that deserves to be fast-tracked, a new piece of equipment that can revolutionize patient care or research, an idea for a new patient service, or the chance to hire a leading expert to build on the existing expertise- to name a few.
Read Less

Receive notifications about information and event scheduling for Glenn

You will receive any future notification messages.

We encourage you to share your most beloved memories of Glenn here, so that the family and other loved ones can always see it. You can upload cherished photographs, or share your favorite stories, and can even comment on those shared by others.

Love The Zelley and Petrovich Family and Much love from the Randolph HS BPA and Band staff sent flowers to the family of Glenn G. Goenner.
Show you care by sending flowers

We're blessed to have you and Glenn as great neighbors. He was an inspiration. New Year's Eve won't be the same without him. Your family is in thoughts. May he rise to the highest heights of heaven on our prayers. Rose & Tim McWilliams
Comment Share
Share via:
LF

Love The Zelley and Petrovich Family

Posted Mar 22, 2019 at 03:13pm
May your loving memories ease your mind during this difficult time. Please know our loving thoughts embrace you.

Love The Zelley and Petrovich Family purchased flowers for the family of Glenn Goenner. Send Flowers

Posted Mar 21, 2019 at 03:53pm
We worked together but more importantly we became good friends. I'll miss our lunches with the other PB (for those who know) and I am blessed for all the ones we had. Having a hard time with this one because he really was a great person. We will keep Rita and the family in our prayers.
Comment Share
Share via:
RH

Posted Mar 21, 2019 at 12:47pm
Greatest Guy ever!!!! I worked with Glenn at Crowley -PennMaid and gave him the nickname "Skippy" ,one day he said why Skippy? and I just looked at him and said cause you're always so dang happy Im expecting you to go skipping down the hallway any minute !
You will be missed my friend ......God Speed.
Robert
Comment Share
Share via:

Thank you Robert I never knew about "Skippy" > Once he was home I called him the whistler. Love Rita
MM

Posted Mar 21, 2019 at 12:35pm
The Dwyer Family sends Christina and the Goenner Family our deepest sympathy at this time! The cherished memories you have of your father will carry you through this very difficult time. Our thoughts and prayers go out to you all.
Comment Share
Share via: 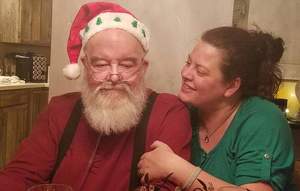 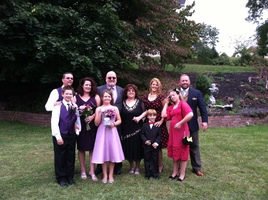